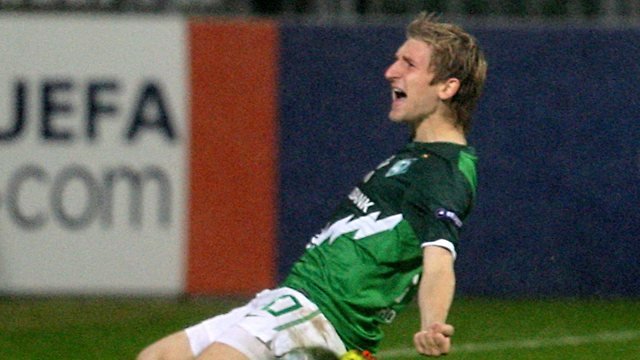 While the pre-season does not start and speculation about arrivals and departures at Chelsea do not cease, Chelsea Brasil has prepared a framework for knowing a little more of the new Blues signing.

To start, we have the German Marko Marin. The fisrt Chelsea’s signing for the season 2012/2013, the player was signed from Werder Bremen to seven million pounds. Versatile, Marin can play as attacking midfielder and winger.

Marin moved with his family to Frankufurt in Germany when he was only two years. He served in the youth of the SG 01 Hoechst, Eintracht Frankfurt and Borussia Monchengladbach.

In 2006 became professional in Mönchengladbach B, the following year went up to the senior team of Borussia, when he was only 18 years. In 2009 he was signed by Werder Bremen, where he highlighted and went on to be called up to the German national team. In Bremen, he appeared in 87 games and scored 12 goals in Bundesliga.

Marin is a skilled player and accurate game view. Likes to climb to attack speed in getting one-on-one. Uses his agility and ability to clear the defense and let the teammates in front of the goal.

Check out some Marin’s jobs in Werder:

Versatile, can act as offensive midfield (as a number 10) or as a winger. However, it is more active for the team when he plays for the left winger. As an attacking midfielder, is restricted to create the plays, not using his speed.

His weaknesses are defend and score goals. Marin is the kind of player who uses his speed to run until the attack, using his dribble to clear the defenders and give assistance to the striker.