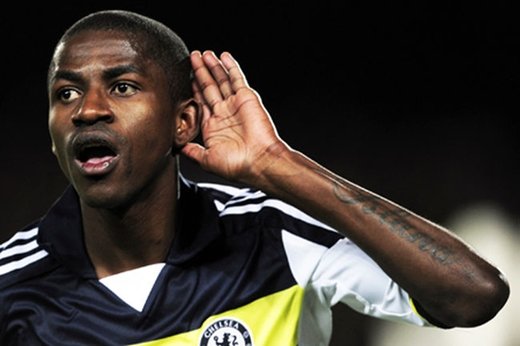 Special guest of the program Bate-Bola, ESPN, Ramires answered the weights that Chelsea, champions of Europe, would practice anti-football. “This isn’t Chelsea’s style, it was just what we chose for these games. We played against Napoli, for example, needing to score and we did, when almost nobody believed. If we played as equals against Barcelona we could concede five, six goals. We watched them videos and set up the strategy. We knew we could score in counter-attacks and we did. If isn’t like that, it’s impossible to win.” He said.

Isn’t only Chelsea that plays like that against Barcelona. We watched the game that Real Madrid won 2-1, playing the same way. We knew that was necessary to defend. They play with the ball possession and the opponent gets tired because need to run to recovery the ball. In our situation, the game presented that. We scored and defense the advantage” He said

In a recent statement, after the elimination of England in Euro, striker Michael Owen has taken over the criticism of the standard of play of the London club and asked for “the end of the style Chelsea in England.” In Brazil, the coach Tite, the national champion with Corinthians, and the former striker Tostao also condemned the proposed tactical blue.