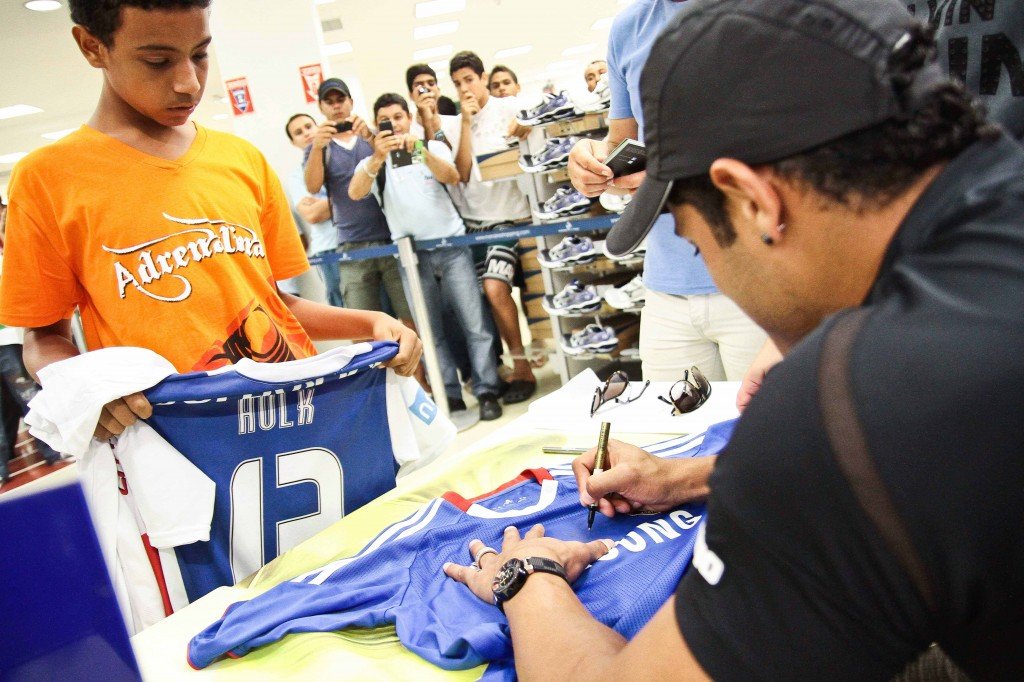 Yesterday, 24/06, the Brazilian Givanildo Vieira de Souza, better known as Hulk was in Joao Pessoa, Paraiba, participating in the event of Mizuno and giving some autographs.

The Chelsea Fans Brazil couldn’t leave the Brazilian pass unnoticed his visit. The blue Rafael Mangueira did his homework as a good Chelsea’s supporter.

“When I heard he would be here in Joao Pessoa didn’t think twice, I took my Chelsea shirt and went to meet him. Unfortunately I couldn’t talk to Hulk, because of the long queue that was formed. “

“When he saw the Chelsea’s Royal Blue shirt, he smiled and autographed the holy mantle.” Said Rafael Mangueira.

If he will play for Chelsea still don’t know, but are such acts of signing the “chelseano” shirt Rafael Mangueira, give us the hope of the Incredible Hulk will defend the Pride of London next season.